As I held my newborn daughter in my arms, I realized my life was exactly as I envisioned it to be – it was perfect! I was healthy, I had a supportive husband, amazing family and friends, living in a beautiful home, and a promising career ahead of me. But most importantly, I had just given my 4 year old daughter a healthy baby sister. In other words, you can say that I was living in a moment of content. A very short moment. I’m not sure when it all happened, but it seemed like things changed instantly- and drastically.

The symptoms:
Suddenly, I had lost my appetite and this led to me starving myself for days. The only way I could fall asleep was by crying. In fact, I cried so much every night that my pillow became drenched in tears and my depressed eyes became swollen. Then, there was that urge to run away from everything and everyone; I just needed to escape from this world that I was drowning in. The thought of killing myself was a constant. The worst part was the immense guilt I felt for feeling this way. How dare I feel this way?! I had everything I ever wanted in life, that most people only dream of having! I had a family to take care of; it was selfish for me to leave them when they needed me! But, despite convincing myself that I had it all, I still felt as if I had nothing. I just couldn’t fight this void feeling; however, I did try to conceal it. I put a huge amount of effort into hiding these feelings from my friends and family, and even my husband. In front of them, I had to remind myself to slap on a fake smile, afterall, I didn’t want to be judged. It was bad enough I was judging myself, I didn’t need another person informing me that it was selfish to feel this way.

The ‘Question’ that changed everything
Finally, the day I exploded had arrived. I was sitting in my family doctor’s office with my daughter for her checkup when my doctor asked THE QUESTION. Yes, THE QUESTION that changed everything: “how are YOU feeling?” Initially, I didn’t respond. I couldn’t. I just couldn’t. But then, my eyes welled up with tears, and I managed to mumble, “I’m okay.” My doctor just looked at me. We both knew I was lying. “No, you’re not Sumaira. I’m not a therapist, but I’am going to refer you to one” he said. My silence was an indication of an acceptance to his suggestion. I left the doctor’s office carrying my daughter in my arms, with tears in my eyes, a heavy heart, and a sigh of relief. When I arrived home, I didn’t mention anything to my husband. In fact, he found out days later by accident when the receptionist from the therapist’s office called the house to confirm the appointment. I had picked up the phone in my husband’s presence. When I hung up, he questioned the call, and that’s when I told him. To say that he was shocked would be an understatement.

At the therapists office:
I had never had a therapy session before, so I didn’t know what to expect. As I walked into the therapist’s office, my heart was beating extremely fast and loud; I was sure the patients in the waiting room could hear the fear my heart was stomping out. After I sat down, the therapist introduced himself, and my first impression was that he was a nice person. But that all changed in a matter of minutes. He suddenly transformed into a scary being when he informed me that anything I say during this session could be used against me in the future and in the courts of law, if needed. THAT’s when I panicked! Right after he said that he started his series of questions. The first question asked was if I had suicidal thoughts. My head was shouting ‘say yes, say yes, say yes! This is your opportunity to get help!’ But my heart, which was even louder, was screaming ‘ say no, say no, say no! What if he thinks you are a danger to your kids and he takes your kids away from you?!’ My heart was beating, I was trying my best to withhold my tears, and I just didn’t know what to say. That’s when I lied. “No, never,” I answered while simultaneously plastering a fake smile on my face- the same familiar smile that had been with me for so long now. Next question he asked was if I cried a lot since the birth of my newborn baby; this time my response was a little more truthful: “sometimes.” Then, he inquired about my appetite, and I replied by telling him that I did get hungry, but that I couldn’t find the time to eat. Of course this was another lie, for I had lost my appetite altogether, so much so that the thought of food made me sick. There were a few more questions that he asked, and in the end he concluded that based on my answers I did not have Postpartum Depression, however I could be suffering from The Baby Blues. He also added that it was necessary for him to ask me some further questions so he could assist me in getting better.

Sorting it all out:
The therapist wanted to know what triggered these feelings of sadness. He pointed out that having my second child may have pushed me to my limits; limits that I was unaware of having. He then proceeded to ask me about my childhood. He inquired about how it was and how I felt as a child. I had told him that I felt lonely despite living with a brother, and five sisters; and that my parents were never around, as they were constantly working to make a living for us. I knew my parents had to do what they could to provide for us, and they worked day and night to make sure we were happy and all of our needs were met. However, even though I lived in a house full of people, I still felt lonely and secluded from the world. I guess deep down, I was afraid of making my own children feel the way I did as I child. He then advised me that I should be doing what makes me happy, not what makes everyone else happy. He said that I shouldn’t attempt to do everything myself, and that I needed to take a break, otherwise things could get worse. In his opinion, prioritizing my life was a must.

Leaving the therapist’s office
I felt awful for lying to the therapist, and because of my untruthfulness I felt as though I did not get a proper diagnosis. Did I in fact have a case of The Baby Blues? Or did I have Postpartum Depression? Despite not knowing what my proper diagnosis was, I still felt like I had gained all the answers I needed to improve my wellbeing and mental state. Those answers involved putting myself first and prioritizing my life. I knew my health and wellbeing were very important and necessary in order for me to be the best mom I could be for my children. Another key factor in relation to my happiness was being there for my children as much as I could. With that said, the only thing holding me back from my happiness was disappointing other people! I didn’t want to disappoint my parents, who wanted to see their eldest daughter make it in the corporate world as a successful business woman; after all, it was them who paid for half of my university education. I also didn’t want to place a financial burden on my husband by making him the only source of income for our household. But, once I started looking at things from a different perspective, everything changed. My new perspective made me realize that I was NOT ending my career, I was just putting it on hold. The more I thought about it, the more I realized that I would have plenty of time to go back to work after the kids were in full day school. As for disappointing my loved ones? Deep down, I knew that if my parents and husband really cared for me they would understand that putting my career on hold would be the best decision for me and my mental wellbeing.

Update
Things have never been better! I have been a stay-at-home mom for just over three years now, and we have also welcomed our third child, a boy, into the world. It did take me a couple of months to get back to my original self, but with the help and understanding of my family and friends I did eventually get better. That one therapy session allowed me to see life in a completely new way, and now I don’t worry about disappointing others; instead I focus on not disappointing myself. Shortly after my therapy session, I decided that when the timing was right, I would start my career as a writer. Starting this blog has been my first step towards my career in writing, and I could not be any happier. Furthermore, going through all that pain and hurt made me realize that I was human, and that no matter how you plan your life, God has other plans for you. If anything, my lowest point in life is what made me stronger than ever, and is what made me the happiest I have ever been.
© Copyright The Muslimah Mommy (2014) 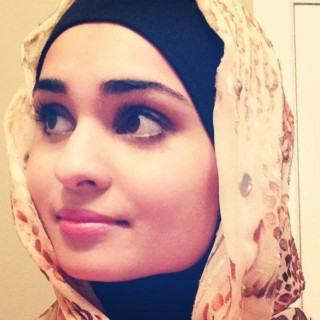